This bear was made for a client who had seen one like it in New York and asked Mark to carve him one similar. Mark made a few modifications and improvements. It was fun watching this animated, cartoon-style brown bear come to life. He was carved out of Virginia Pine and is sporting a cute pair of green trousers and a belt. It is definitely a different type of bear but just think of all the possibilities to change up the character and have a whole cast of bears.

He has big button eyes, a big soft nose and a little floppy bottom lip. He looks like the American cousin of Paddington Bear. 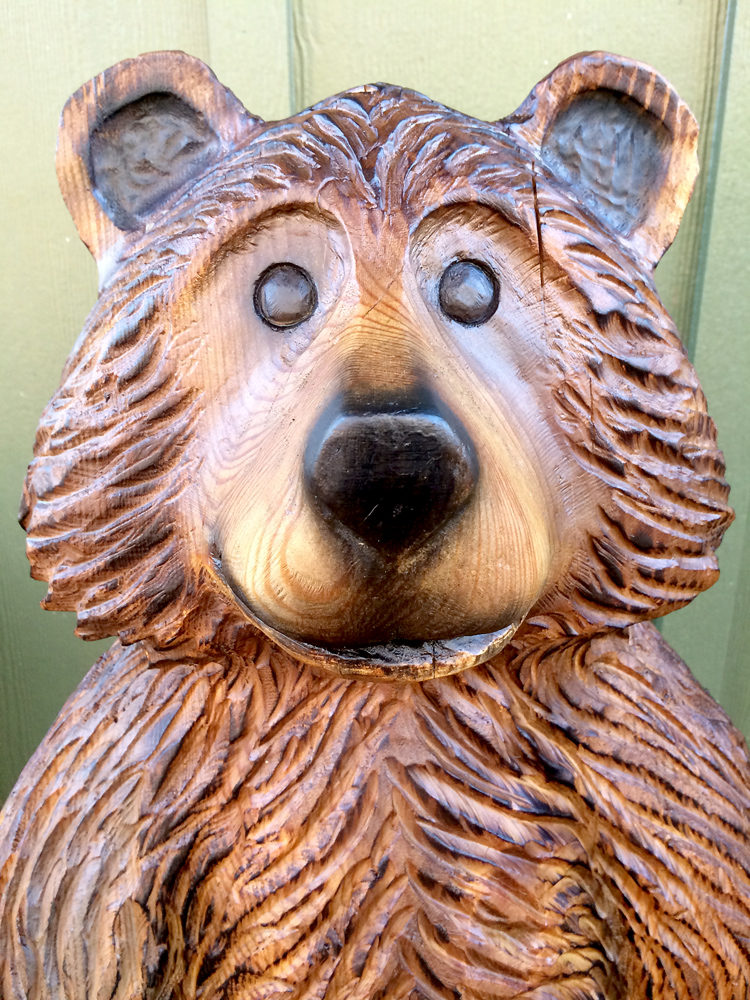 He is so stinkin’ adorable with his hands stuffed in his pockets. This is the first bear Mark has carved that does not have base. Typically, Mark has left a part of the log at the bottom, but seeing this guy without a base really works, especially for the animated style. 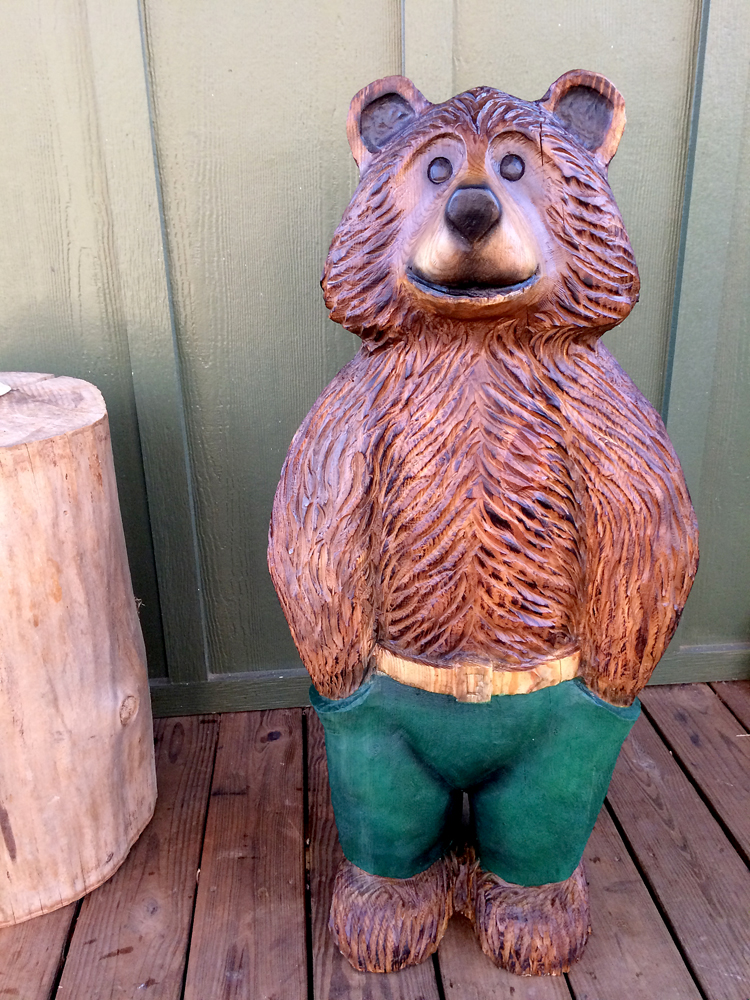 It’s like we’re posing him for his driver’s license photo.

Mark cuts the slit down the back to give the moisture in the wood a place to go. This helps keep cracks from forming in other, undesirable places. 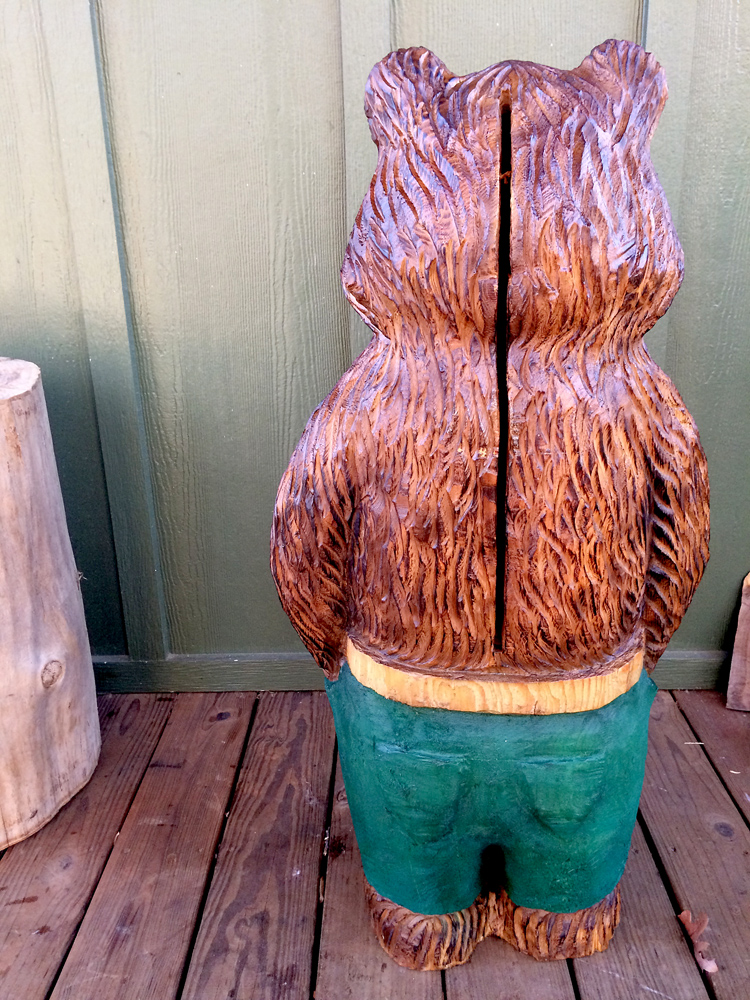